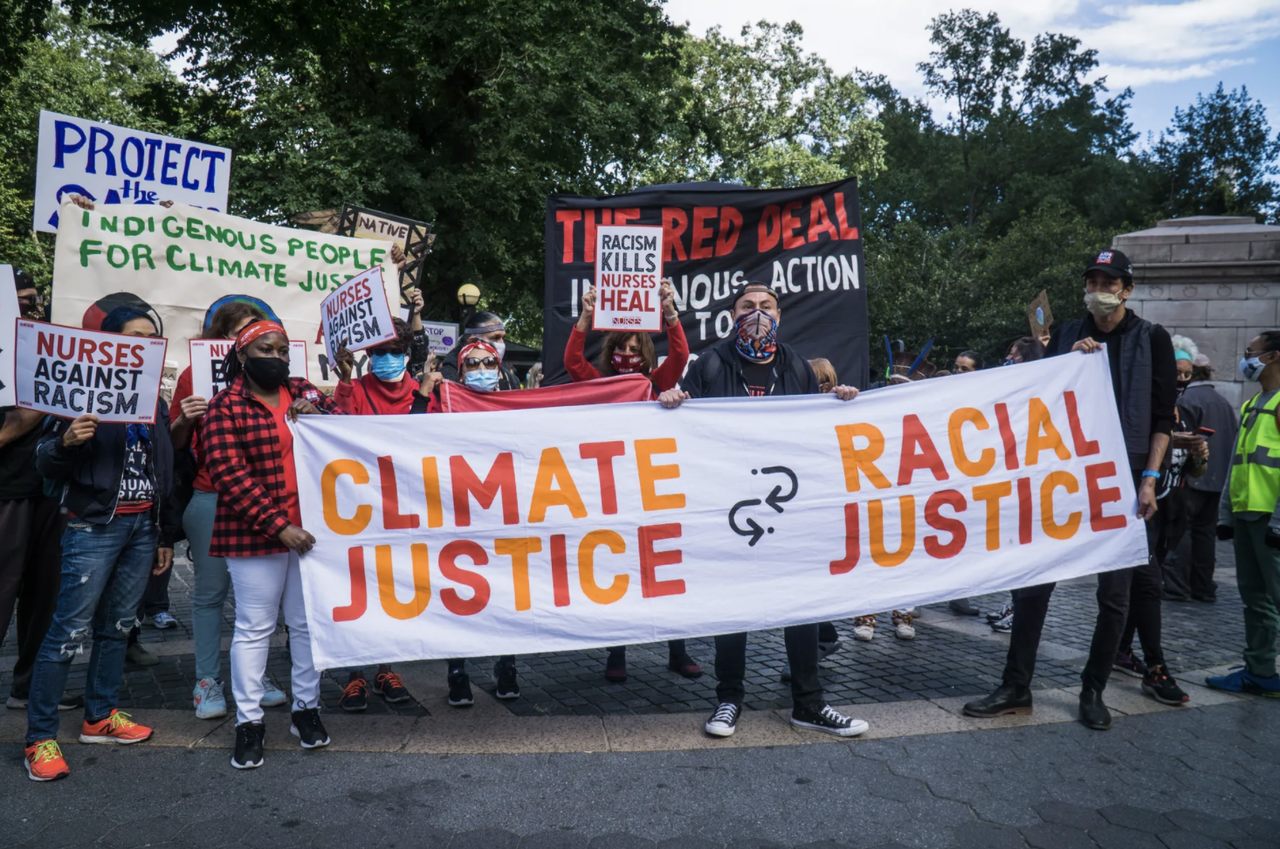 Environmental justice (EJ) is the fair treatment and meaningful involvement of all people regardless of race, color, national origin, or income with respect to the development, implementation, and enforcement of environmental laws, regulations and policies. Fair treatment means no group of people should bear a disproportionate share of the negative environmental consequences resulting from industrial, governmental, and commercial operations or policies.
Meaningful involvement means:

The Jemez Principles for Democratic Organizing were outlined and adopted at a coalition meeting in 1996 hosted by the Southwest Network for Environmental and Economic Justice (SNEEJ), in Jemez, New Mexico. The meeting was designed to reach a common understanding between participants from different cultures, politics, and organizations.

Delegates to the First National People of Color Environmental Leadership Summit held on October 24-27, 1991, in Washington DC, drafted and adopted these 17 principles of Environmental Justice. Since then, the Principles have served as a defining document for the growing grassroots movement for environmental justice.

With your generous monthly or one-time donation, you can help Sowing Justice eradicate environmental injustice, including the proliferation of climate change, which systematically impacts communities of color and low-income communities in the United States and around the globe. Say You're In -- Donate Now